The FOB Korea aromatics market moved in a narrow range. The aromatics market was supported by firmness in feedstock fuel prices. But the market was also curbed since new aromatics facilities would start up going forward in China and other regions. Demand for styrene monomer (SM), a derivative of benzene, and its derivative styrene resins was apparently increasing but this did not lead to a rise in prices.

The CFR Northeast Asia ethylene market was stable. Some buyers were showing buying interest in cargoes to be delivered in second-half August and were indicating ideas at prices below the current market level to check reaction from sellers. But sellers were not in a rush to sell and were not even indicating offers. On the other hand, in trade for non-regional cargoes, a European cargo to be delivered in September was reportedly traded.

The Asia propylene market fell slightly. In Northeast Asia, two new propane dehydrogenation (PDH) plants started up and buying interest from end-users receded, causing market sentiment to weaken. Nevertheless, availability of Asian cargoes was not ample and this limited the extent of the drop. In Southeast Asia, Thailand's PTTGC conducted a sell tender for August loading.

The Asia butadiene market moved up. Sellers adopted a bullish stance due to high procurements. Further, market sentiment also strengthened due to high feedstock costs. But end-users were not actively buying since market directions ahead were uncertain. 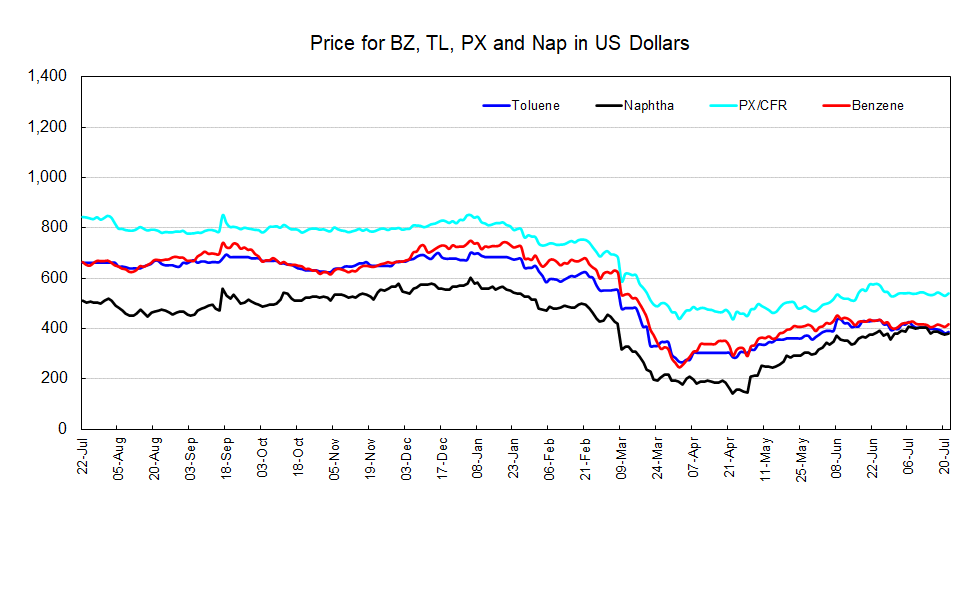